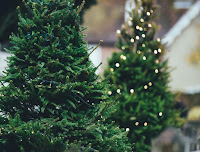 It dates back to the mid-19th century as the story goes, August Imgard originally from Germany, set up the first American Christmas tree in Wooster, Ohio, in 1847. The basic version of the tale was that Imgard, after arriving in America, was homesick at Christmas so he cut down the top of a spruce tree, brought it indoors, and decorated it.

Another version has it that a professor at Harvard, Charles Follen is known to have set up a Christmas tree in his home in the mid-1830s…well before Mr. Imgard. Further, The Christmas tree of Queen Victoria and Prince Albert became known in America in the late 1840s, and in the 1850s reports of Christmas trees began to appear in newspapers around the US.

Plant a Tree…Breathe the Fresh Air. 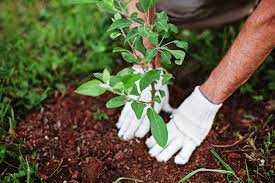 We are sure that you know planting trees on your Northern Nevada property really is one of the best things you can do for the local environment as well as for the planet. It is no secret that trees help the environment, but you may be surprised by all the benefits that planting trees can provide. They produce oxygen while removing carbon dioxide and contaminants.

Here are some more benefits from tree planting –

2.  They reduce erosion by storing water.

3.  Trees also absorb sound…we will bet you did not think of that!

4.  Obviously, they provide much needed shade at certain times of the year.

Now, the care and continued healthy growth of trees on your Reno area property is the job of The Tree Professionals of Northern Nevada. Greg and his crew will keep those majestic beauties fit and trim year ‘round. For a look at their amazing work see thetreeprofessional.com. Remember this phone number - (775) 420-8694.

Is That Guy in our Tree Being Careful? 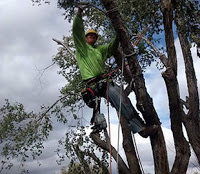 You bet he is…especially if it is me, Greg Chavez or one of my crew from The Tree Professional of Northern Nevada! We love trees as much as you do, so what do you do when you notice a tree on your Reno area property that has lived a long life, but now it’s time for removal? Cutting down dead trees is NOT for the do it yourselfer, so you should probably consult an arborist.

It is always safety first with The Tree Professional…safety for you, others who may be happening by, and the structures below. The very first thing we do is ensure that by removing a tree we will not cause harm to ourselves or any of the people or animals around us. We then carefully plan so that we avoid potential damage to nearby structures or other trees.

It is a process, and one that we pride ourselves in being quite skilled at…tree removal in Northern Nevada. When that time comes do not hesitate! Call The Tree Professional of Reno NV at (775) 420-8694. I will come out to your property and assess the situation. Feel free to visit our website anytime at thetreeprofessional.com.

Is Your Property Properly Pruned?

The winter season is probably the best time to prune your plants and trees in the Reno area. In wintertime, most plants and trees go to sleep (hibernate, if you will) in order for them to be ready to bloom in the spring. You need pruning to promote plant health, maintain plants, improve plant appearance and most importantly, to protect people and property.

What should be done to ensure that pruning is done properly? The highest quality shears (those owned by professional tree trimmers) will achieve the best results. Cut the branches at the proper point where they meet the twigs. DO NOT start chopping everything in sight! Think of it as if you were getting a haircut…remember when your barber worked every day?

With apologies to The Bard sometimes removing a bush from your Northern Nevada property is the smart thing to do. Removing a bush is a bit of a physical workout, but it is something an able-bodied homeowner can do without too much hassle or danger of being hurt. If you don’t want to cut the bush, use a pickup truck to pull it out.

For those DIY folks out there here are a few tips –

1.  Back the pick-up truck close to the bush.

2.  Wrap a towing chain around the bush.

3.  Hook the chain securely to the truck’s towing hitch.

I think, perhaps you may want to call us before you begin this ordeal. Here at The Tree Professional of Reno we remove bushes from residences and businesses around Norther Nevada routinely. Please give us a call and visit thetreeprofessional.com to see all that we do. We will be ready to do the job. That number is (775) 420-8694.

What are the State’s Rules for Trees? 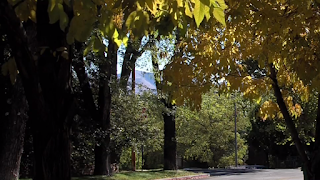 It may be as basic as planting the wrong types of trees in certain spaces which could possibly displace sidewalks and result in other hazards. Tree roots can also damage curbs, gutters, and streets resulting in costly repairs and replacement. They are growing after all! Other tree ordinance provisions require that only Certified Arborists can get tree work permits.

All of this should lead to your next logical choice of calling The Tree Professional of Northern Nevada when caring for the trees that dot our Northern Nevada landscape. You will marvel at their work if you visit thetreeprofessional.com on Google. We hope you will call (775) 420-8694 for all your tree care and removal needs.
No comments:

What is the Difference Between Tree Trimming and Tree Pruning? 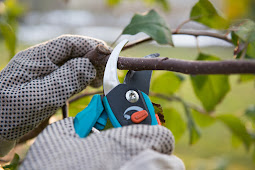 Here is a simple explanation…tree pruning is performed in order to protect the tree or shrub while tree trimming is done to remove overgrown bushes which prevent the shrub from receiving enough moisture and light. Tree pruning involves removal of dead or loose or infected branches so that the shrub can flourish properly.

We will be using tools that involve shears which are available in two types, hand shears and lopping shears. Hand shears can be held using one hand and is mostly used to remove buds and leaves. Lopping shears have a foot-long handle that’s used to cut thick branches. In case the branches are very thick, instead of shears we may use saws to prune the tree.

Tree pruning 101. We know you would be enamored with the lesson! Please visit our website at thetreeprofessional.com to see all that we do and the amazing results from some of our many happy home and business owners around Northern Nevada. We are The Tree Professionals of Reno. Please think of us for tree removal, trimming, and pruning. Call (775) 420-8694.

Keep it Trim…Keep it Safe. 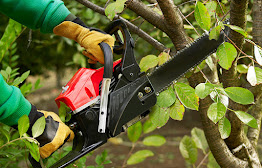 Sure, there are people (maybe even you included) who can trim a tree in Northern Nevada. Are they able to do it successfully AND safely? Tree trimming operations require climbing and pruning, often with portable power tools like chainsaws or trimmers. In fact, the two leading causes of death while tree trimming are falls from heights and electrocution!

At The Tree Professionals of Reno, they practice all guidelines in safely and properly removing a tree so that no one is adversely effected in the process. If you have a tree needing removal at your home or business property in Northern Nevada call The Tree Professionals to give you an honest and fair quote for the job at hand. That phone number is (775) 420-8694. 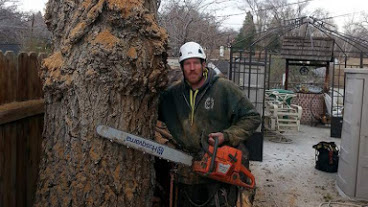